How many criminal laws are currently on the books in the United States?

In the “land of the free,” which incarcerates 20 percent of the world’s prisoners despite comprising only five percent of its population, we don’t even know how many crimes exist.

The Department of Justice tried, but failed, to come up with an exact number at the federal level and settled for an estimate of at least 4,500 statutory crimes and as many as 300,000 regulatory crimes.

These approximations don’t include the number of crimes at the state and local level, where the vast majority of incarcerated people are serving time.

Overcriminalization is as much a cause of America’s incarceration addiction as it is a symptom.

It sows distrust in the legal system, increases the likelihood that an individual will be locked up for something they didn’t know was a crime, and adds fodder for a plea bargaining which coerces defendants into accepting sentences they wouldn’t otherwise take.

All of these factors have led to a growing consensus across the ideological spectrum that overcriminalization is a problem worth fixing.

Fortunately, federal and state policymakers have taken notice and several promising efforts at reducing overcriminalization could become law this year.

Just last month, former President Donald Trump signed into law an executive order encouraging executive agencies to clarify when new regulations would create new criminal penalties and identify the standard by which an individual can be judged to have known they were violating the law—known as mens rea.

This order should be paired with legislation―already proposed ―which would task the Department of Justice with counting the number of federal crimes as well as listing the elements, potential penalties, mens rea requirements and number of prosecutions for each offense.

Lawmakers must make similar efforts at the state level in order to meaningfully reduce overincarceration. The Mackinac Center of Public Policy in Michigan has proposed this kind of policy, similar in nature to Minnesota’s repeal of over 1,000 duplicative criminal laws, but other states will need to follow suit.

Still, reform efforts need to go beyond cutting absurd regulatory offenses and address crimes for which individuals are frequently imprisoned. Oregon, for example, has decriminalized the possession of a number of drugs. Their approach could serve as a blueprint for other states looking to treat drug use as a public health problem rather than fuel for a bloated prison system.

We are already seeing signs that this strategy is attractive to other states.

At the federal level there is also an opportunity to build on the momentum for reform in the states. A cannabis reform bill was recently introduced in the Senate and a bipartisan bill, which would deschedule cannabis to better align federal and state policy, passed the House late last year.

While support for certain types of drug reform surges, efforts to ban flavored tobacco products have paradoxically emerged in many of these same jurisdictions. Maryland, which has passed several criminal justice reform bills, is considering a legislative ban on flavored tobacco. The bill would punish violators with a misdemeanor conviction, 30 days in jail and up to a $1,000 fine.

Similar prohibition proposals are under consideration in Connecticut, New Mexico, Colorado and Washington. Even where states do not impose new criminal penalties as part of a prohibition proposal, it’s important to note that states often already penalize illicit tobacco sales or use with multiple statutes. A coalition of civil liberties groups made this point in its opposition to a federal flavor ban that passed the House last year, noting the numerous statutes imposing criminal penalties on illicit tobacco sales.

At minimum, these kinds of bans are likely to create more unnecessary police interactions, which can spiral into deadly encounters as the Eric Garner and George Floyd tragedies have shown.

Finally, a number of states have introduced or passed anti-protesting laws that would target demonstrations that turn violent. These proposals threaten fundamental constitutional liberties and introduce redundancy as serious penalties for many of these offenses already exist. Such bills are symptomatic of a kind of “virtue signaling” that defenders of liberty ought to resist. 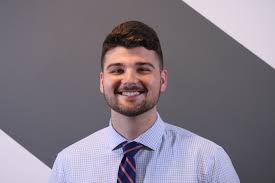 Addressing overcriminalization is essential to fixing a system that tears families apart, wastes taxpayer dollars and damages public safety. Policymakers should remember the costs of incarceration when considering proposals that criminalize behaviors better suited for other remedies, and actively seek opportunities to reduce the scope of a costly justice system.