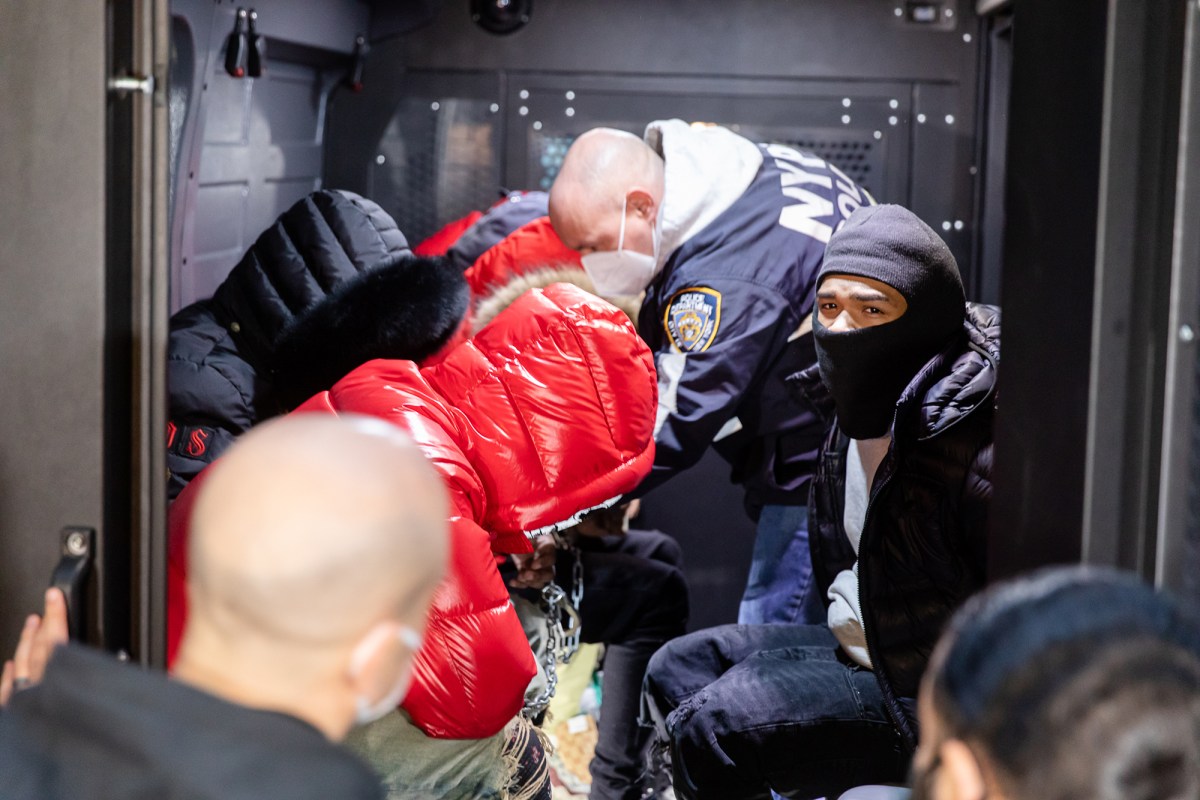 Suspects in Friday morning’s “party bus” weapons bust were rolling together in a new ride by nightfall, thanks to their watchful chauffeurs at the NYPD.

The party’s over, but these former revelers were still very much stuck with each other as they were perp-walked out of a Brooklyn station house en route to court — courtesy of their shared gun possession charges and some sturdy handcuffs and chains.

These half-dozen suspects were among the total 11 men and 3 boys arrested after their charter party bus was pulled over at Front Street near York Street in DUMBO just after midnight.

The partiers had drawn attention to themselves to cops by posing with firearms on the bus and posting the photos to social media starting at around 9 p.m., police said.

Cops say they found eight guns and 58 rounds on board.