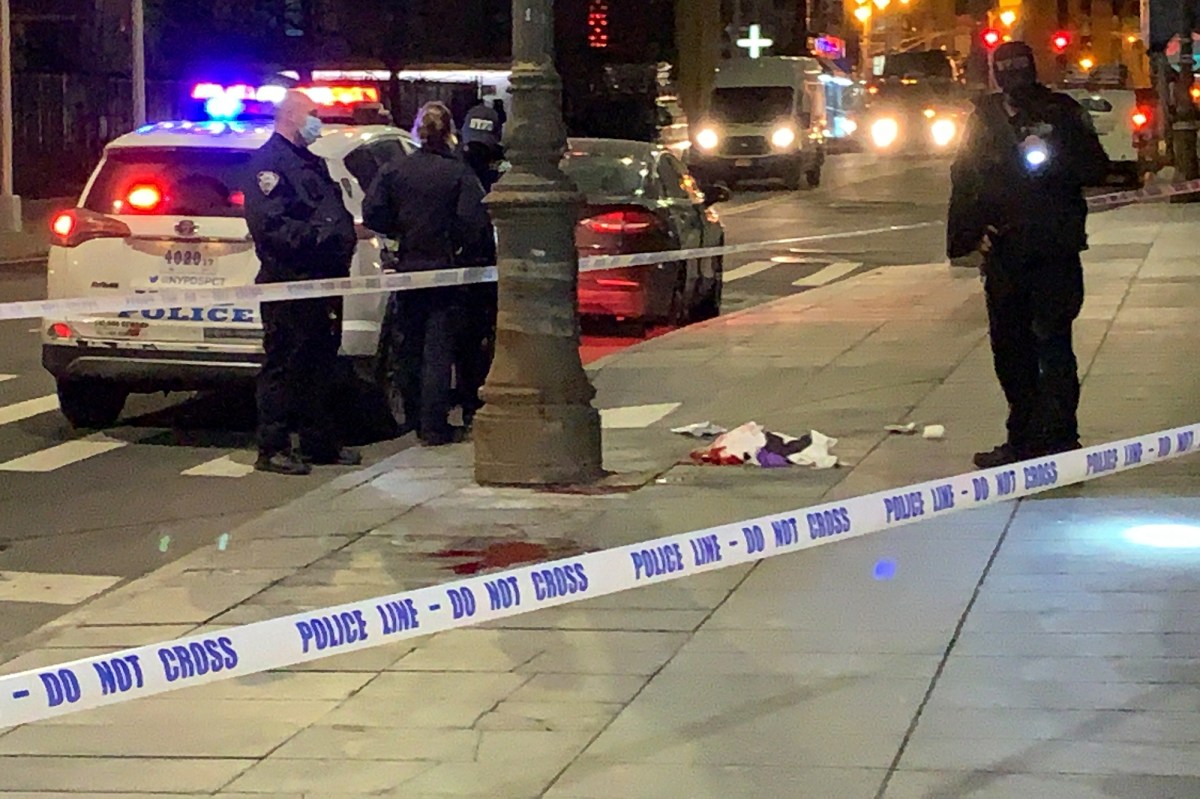 The suspect who allegedly stabbed an Asian man in Lower Manhattan Thursday night said he did it because he didn’t like the way the victim looked at him, according to police.

Salman Muflihi, 23, of Bensonhurst, showed up at the Manhattan District Attorney’s Office to surrender to a security guard — about three hours after he allegedly stabbed a 36-year-old man at Worth and Baxter streets, cops said.

The victim was taken to Bellevue Hospital and listed in serious condition.

While speaking to police, Muflihi confessed, “I don’t like the way he looked at me,” cops said.

While cops said Friday morning that the attack was not being considered a hate crime, they confirmed in the afternoon that Muflihi’s charges were upgraded.

Jenny Low, a City Council candidate the Democratic district leader in Chinatown, pushed earlier in the day for a hate crime investigation.

“I hope this vicious attack will be investigated as a hate crime,” she tweeted Friday. “But the attacker also revealed that he may need mental health services. He should get help before being released back onto our streets to harm others. Urging @nycmayor to do more to help our community #StopAsianHate.”

Muflihi was arrested in Brooklyn on Jan. 12 for allegedly punching an Asian man in the back of the head at 39th Street and Ninth Avenue, cops said. He was not charged with a hate crime in connection to that assault.