Samantha Payne, a 29-year-old woman from Alabama, was reported missing on Nov. 9, 2015. That same morning, around 9:00 AM, a man found Samantha in the Talladega National Forest. He soon contacted law enforcement to report what he’d found. He’d discovered a woman tied to a tree with barbed wire, completely naked. Her throat was slashed open and her skull was detached from her body. The majority of her internal organs were missing.

On Oct. 30, 2015, Payne left her parent’s house. She told her mother that she was going to a Halloween party. It also happened to be her 29th birthday. That was the last time her mother saw Samantha alive. Samantha never returned from the Halloween party. For reasons unclear, the mother Susi Payne did not actually report her daughter missing until Nov. 9, the same day Samantha’s tortured remains were discovered in Tuscaloosa County.

Dr. Steven Dunton performed an autopsy on Samantha Payne soon after she was recovered. Due to the advanced state of decomposition, Dunton could not determine the cause or manner of Payne’s death. “We just didn’t have enough of her remains to identify why she died,” he later testified. However, he wrote in his report that the circumstances of her discovery seemed to suggest that Samantha had been murdered. 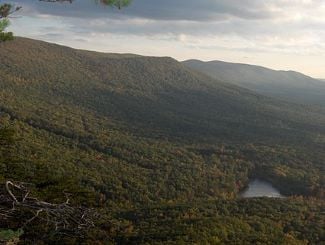 Payne was founded in Talladega National Forest, tied to a tree.

After it was reported that a body had been found in Talladega National Forest, a police officer contacted investigators and told them something strange. He said that he’d recently arrested a suspicious couple near that area. He noticed them because they were completely covered in blood; he found that suspicious. The two were searched, and he found meth on them, so they were arrested. The two were Steven George and Chylli Bruce. It should be noted that Chylli was only 18 years old at this time.

Investigators met up with Steven and Chylli, and asked them about Samantha Payne. They both said that a man named Belcher was responsible for the murder. Chylli and Steven admitted that they were involved in Payne’s death, but they insisted that Belcher was the person who’d actually killed her. Chylli, Steven, and Belcher were all charged with Capital Murder soon afterward.

According to Chylli and Steven, the murder occurred on November 1, and the whole thing began while they were all sitting around doing meth. They were hanging out and getting high at a repair shop owned by Belcher’s dad. 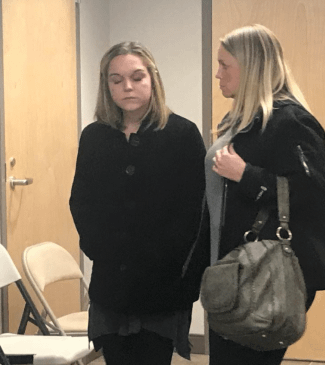 Chylli Bruce (left) testified that she ripped out Samantha’s fingernails with pliers.

Steven decided that they should steal the catalytic converter and battery from Samantha’s vehicle. He grabbed her car keys out of her purse while she was using the bathroom, and then he drove her car out to a bridge where he removed the convertor and battery from the car. He then punctured the car’s fuel tank and set it on fire.

It took Samantha a long time to realize that her car was missing, but when she finally noticed, she was angry. She accused the others of stealing her car, and threatened to call the police if they didn’t return it. And that, apparently is when they decided to kill her; because Michael feared that if she called the police, they’d find all the meth. She was taken to Belcher’s house, and that is where the torture began.

She was forcibly stripped, hogtied, and mercilessly beaten for hours. Her fingernails, toenails, and several teeth were ripped out with pliers. Belcher said they had to kill her, because she’d threatened to call the police about her car being stolen. At the same time, Samantha said she “loved and forgave” the people that were hurting her, promising to tell nobody if she was let go. This fell on deaf ears; the torture only escalated. 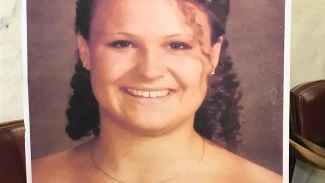 Eventually, she was put in the trunk of Belcher’s car, and he drove her out to Talladega National Forest. At some point, she actually managed to escape from the trunk, so they had to stop and stuff her back in. Later, they arrived at the forest. That is where she was tied to a tree; Belcher slashed her throat open. 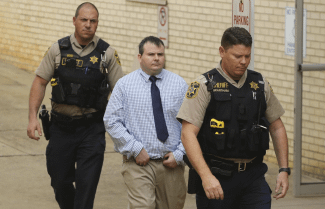 Michael Belcher was convicted and sentenced to death for his role in the murder.

Belcher said he was willing to plead guilty if he got the same deal as Steven, but that was refused. Prosecutors wanted to pursue the death penalty against Belcher and would not offer or accept any plea bargains with him. Two other people, Alyssa Watson and Marcus George, were later charged as well. However, they were charged with 1st-degree kidnapping instead of capital murder.

The trials of Alyssa and Marcus were combined into a single trial. The most important pieces of evidence were cell phone records and the testimony of Chylli and Steven. The prosecution argued that cell phone pings proved that the two defendants were at the scene of the crime while Samantha was being tortured, and they made no attempt to help her. Marcus and Alyssa were both found guilty of 1st-degree kidnapping, and sentenced to 30 years in prison.