Rachel Timmerman, a 19-year-old woman, disappeared on June 3, 1997. At the time, she was living in Newaygo County, MI. A little over a month later, she was found chained to the bottom of a lake. Her autopsy revealed that she’d still be alive at the time she entered the lake, and that she’d died from drowning.

Rachel had been scheduled to testify at the trial of Marvin Gabrion. Marvin was the uncle of one of Rachel’s friends, Mike Gabrion. Rachel had accused Marvin of raping her, and Marvin was charged with 3rd-degree sexual assault. His preliminary hearing was set for June 5, 1997 and Rachel was scheduled to testify at that hearing. But she never showed up.

Rachel was last seen alive on June 3, when she’d left her house to go out on a date with a man named John Weeks. Rachel did not know Weeks, but one day he’d started calling her and asking her to go out on a date with him. Rachel initially refused, because she did not know him. However, he kept calling her and eventually, Rachel reluctantly agreed to go out with him. Rachel was never seen alive again.

What Rachel didn’t know was that Marvin had hired Weeks to lure Rachel out of her house. 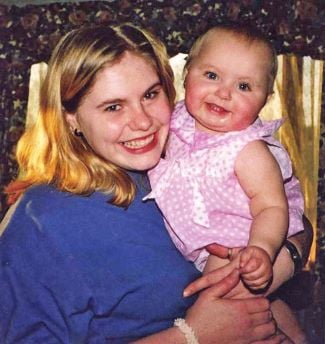 Rachel Timmerman with her daughter, Shannon

However, karma would catch up with John Weeks very quickly, as he also disappeared himself shortly after that. He was last seen on June 22, 1997. His body has never been found, but it is generally believed that Marvin killed him to tie up loose ends.

Wayne Davis, who also had been scheduled to testify at the hearing, also failed to show up at the hearing. He’d last been seen on February 12, 1997. His girlfriend, Darlene Lazo, went to his house to investigate and found a note from Davis. In the note, Davis said that he’d decided to move to California. However, Lazo looked through the house and found that all of Wayne’s clothes were still there, nothing had been packed up. In particular, his army field jacket was still in the house, and Lazo knew he never left home without it.

It should be noted that Marvin Gabrion had been released from jail on bond February 5, about a week prior to Wayne’s disappearance.

Before Rachel disappeared, she’d told many people that she was terrified of Marvin Gabrion. She’d initially been very reluctant to accuse him of rape, because she was afraid of him. After the rape, Marvin had threatened her that if she ever told the police about what happened, he’d track her down and kill her. He also threatened to kill Rachel’s daughter, Shannon. However, Rachel’s family convinced her to press charges.

So when Rachel could not be found, her family worried that Marvin might have killed her. However, their fears were assuaged when they received a letter from Rachel a few days after she vanished. In the letter, Rachel said that she was eloping with a man she’d met recently. She did not reveal the man’s name but said she’d be gone for at least a few weeks because they were getting married in Arkansas. She also confessed that she’d never been raped; she made up the whole rape thing for attention.

Bizarrely, everybody including Rachel’s own family seems to have accepted these letters as genuine. Her family did not even report her missing, because apparently they genuinely believed she’d eloped to Arkansas. Nobody was looking for her. Rachel’s family later received a second letter from Rachel wherein she said that she’d decided to stay in Arkansas permanently. However, she still would not reveal the name of the man she’d married.

On July 5, 1997, two fishermen were fishing at Oxford Lake in Oakland County, Michigan. To their shock and horror, they found the body of a woman, chained to cinder blocks at the bottom of the lake. This was Rachel Timmerman. Marvin Gabrion was arrested and charged with 1st-degree murder.

In 1995, a man named Robert Allen disappeared. He is believed to be the first person killed by Marvin Gabrion. However, his body has never been found.

There is some evidence that Rachel and Shannon were kept alive as hostages for at least a few days before they were killed. When police raided Marvin’s home, they found diapers and baby bottles and other items which suggest that Rachel and Shannon were kept alive, at least for a time. The most disturbing thing they found was a book about the Colleen Stan abduction, which made them think that Marvin might’ve initially planned on keeping Rachel as a slave.

When they asked him about the book, he said that he was running a Christian book store out of his home; however that was the only book found in the entire house, so it was a pretty sparse bookstore.

Shannon Timmerman has never been found but is presumed deceased. 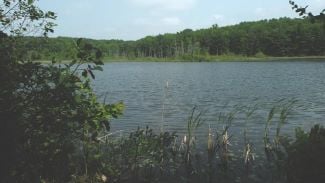 Rachel Timmerman was found chained to the bottom of a lake in Huron-Manistee National Forest.

Marvin’s trial began in 2002; his behavior was erratic and frequently violent. He tried to fire his attorney, saying that his attorney was a democrat and he wanted to be represented by a republican. The judge denied this request, saying that while defendants have a right to an attorney, they don’t have a right to demand an attorney from a particular political party. Marvin then said he wanted to represent himself, and the judge denied that too.

At least once during the trial, Marvin physically attacked his attorney in full view of the jury, although prosecutors would later argue that had been a deliberate stunt to try and induce a mistrial. Marvin was convicted and sentenced to death. He remains on federal death row to this day. However, it is unlikely he will ever actually be executed because Michigan outlawed the death penalty in 1847.

The body of Wayne Davis was discovered by canoeists in 2002, just a few days after Marvin had been sentenced to death for the murder of Rachel Timmerman. Like Rachel, Wayne’s body was found in a lake, weighed down with cinder blocks.

The murder of Rachel Timmerman was covered by the podcast: Beyond Contempt.