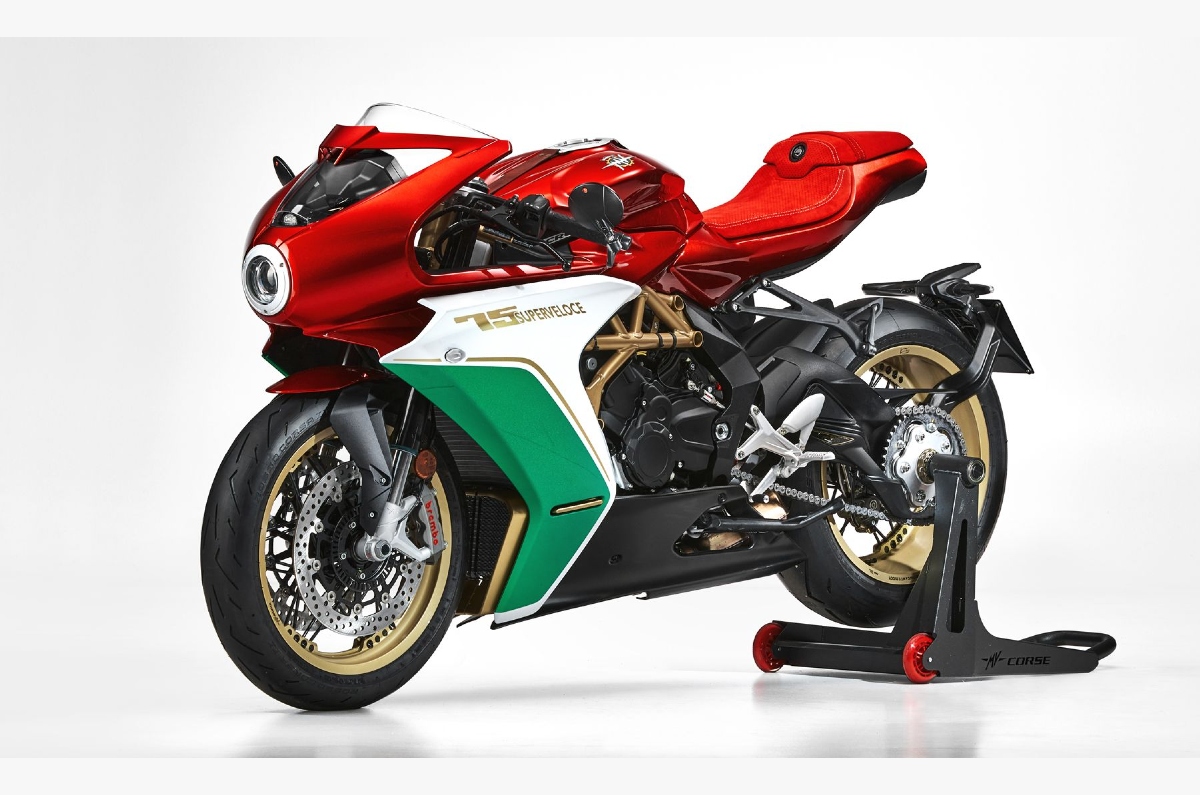 Bookings when it comes to MV Agusta Superveloce 75 Anniversario went go on November 15.

To celebrate its 75th anniversary, MV Agusta announced the launch of a unique, limited-edition anniversary model, the Superveloce 75 Anniversario. Bookings for bike started on November 15, and it ended up being originally in the offing to shut 75 hours later on. However, the organization was able to sell all 75 devices within minutes.

MV Agusta has said so it selected the Superveloce given that base because of its anniversary special model because “it represents the most wonderful balance between contemporary types and MV Agusta’s rushing legacy.” The bicycle features an Italian banner colour pallette, black and gold wire-spoke rims and a red Alcantara driver and passenger chairs.

The Superveloce makes use of exactly the same platform whilst the MV Agusta F3 800. It makes use of the F3’s chassis and motors, aided by the latter becoming remapped for a little better overall performance. The 798cc, three-cylinder motor creates 147hp and 88Nm of torque.