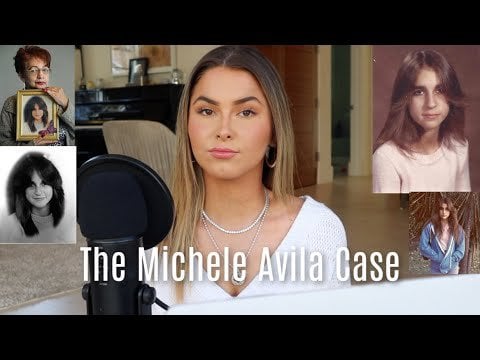 Background:
Michele Avila also known as “Missy” was born on February 8, 1968. She grew up in Arleta, Los Angeles, in the San Fernando Valley, with her family. She had a mom named Irene and 3 brothers, Ernie, Chris and Mark. It is said that Missy was really close to her mother Irene and would tell her everything. At the age of 8 years old, Missy became friends with Karen Severson, however when they entered high school, San Fernando Highschool, they began to grow apart. Missy was said to be the social butterfly, everyone liked her and she was really pretty. Karen, on the other hand, was the opposite of Missy, she wasn’t very attractive and was awkward. Karen, reportedly, grew jealous of Missy because of her popularity and attractiveness. She was also jealous since Missy would spend more time with other guys than Karen. And because of that she started to spread rumours about Missy that she had been sleeping with numerous boys in the school, who already had girlfriends. That was when Missy started to get bullied and beat up at school.

In junior year (grade 11), Missy got a boyfriend who’s name was Randy. They dated for about a month and broke up because of Randy’s constant partying. Soon after the breakup, Karen and Randy started to date and even moved into an apartment together. There had been a party that Karen and Randy attended and so did Missy. Randy showed more interest in Missy than he did with Karen and pulled Missy into his lap once. Missy was quite upset at what happened and with a good intention, she told Karen to break up with Randy. This caused a dispute between Missy and Karen, further damaging their relationship.

It is said that Missy and Karen were known to be skipping school and went out to party, did drugs, drank alcohol, etc. As a result of that, they were getting bad grades and were transferred to this other school, San Fernando Mission. This school was still associated with the high school they went to, but it was meant for people who were failing and needed extra help. There they got closer to a girl named Laura Doyle. They always knew Laura since they lived on the same street, but that’s when they really got to know each other. Some people said that they were super close, whereas others said they would constantly argue.

So fast forward to about a week prior to Missy’s death. Karen and Missy were at a park and got into a physical fight. According to witnesses, Karen was threatening Missy with a broken glass bottle Obviously Missy told her mother about this, but according to Irene this was usual for them to argue and get into fights. So a couple days later, Karen would come to Irene’s house and complain that her daughter would party and drink, that she was sleeping with a bunch of guys, etc.

The Murder:
On October 2,1985, Missy had told her mother that she was going to the forest where her and her friends would normally go out. That day, Irene watches Missy as she enters Laura’s car and tells her mother that she would call her at 8 pm. However at 6pm, Laura calls Irene and asks to speak to Missy. Her mother gets shocked because she thought that they were together. Laura told Irene that she dropped Missy off with three boys who owned a blue Camero. Then Laura went to go get gas and when she came back, Missy had disappeared. On October 5, just three days after, Avila’s body had been found with her face down in a stream in Big Tujunga Canyon in Angeles National Forest. She was forcibly drowned, her hair was cut off and there was a log laying on top of her body.

The Conviction:
On October 3, Irene had filed a missing person report and the previous night, she stayed up hoping her daughter would show up at the door. No one ever suspected Karen or Laura to have murdered Missy because they tried to help look for her with Irene and they both also attended the funeral. Laura had given a sympathy card along with $20.Now there are two sides to this part, no one really knows which one is true. According to Irene, Karen would stay at their house. However, according to Karen, she would say that she had never moved in with Irene and that she would just visit them very frequently. Karen had become obsessed with the murder and she would visit Missy’s grave several times a week, she had pictures and newspaper articles of Missy, she would even go to the stream where Missy’s body was found. She would even tell Irene that she saw Missy’s ghost!

The police had no leads for 3 whole years. In July 1988, Eva Chirumbolo, another teen who had been driving with them to the park, came forward and told the police about the murder. Eva confessed and told authorities that her and Karen were following Laura and Missy in a separate car. Both cars arrive at the forest where Karen, Laura and Missy get out of the car and Eva said that she stayed back. At trial according to the prosecutor there was an argument that broke out over a boyfriend and that was what had caused the murder. Karen’s POV: That was when Missy had enough and decided she didn’t want to walk anymore and sat down. Karen and Laura took this opportunity to chop off Missy’s hair. Later on, Irene had said “They did that to make her look ugly. That was their way of torturing her.” Missy didn’t cry about it but she started to scream at both of the girls. They were close to a stream and Laura had told Missy to get into the creek of water nearby, and she refused to do so. So Karen went over to Missy and pushed her into the water, then Laura tied Missy’s hands together and began to stick her head under water. To hold her body under the water, they placed a four-foot, hundred pound log on her body. Laura stopped for a second and locked eyes with Missy, that was when Karen walked back to the car instead of helping Missy. And that was when Laura proceeded to drown Missy, ultimately killing her.

Where are they now?
When Karen had been released, she wrote a memoir about the crime and the experience she had in prison. She even made a deal to make a film. Avila’s family had sued Karen’s book in 2015 and took all the profits of the sales. The State of California even passed Missy’s Law, which required people helping criminals write published works to contact the families of the victims. And as for Laura, no one really heard anything from her.

On December 17th 2014, Karen went on Dr.Phil and talked about what she did. According to me, I think that she showed no remorse at all and that she was faking her tears for the show. Karen also goes into different schools and talks about bullying and how it is a bad thing.

What do you guys think about this case? Do you think Karen deserved more time in prison? Do you think it was fair for her when she got sued and all the profit went to the Avila’s rather than Karen?