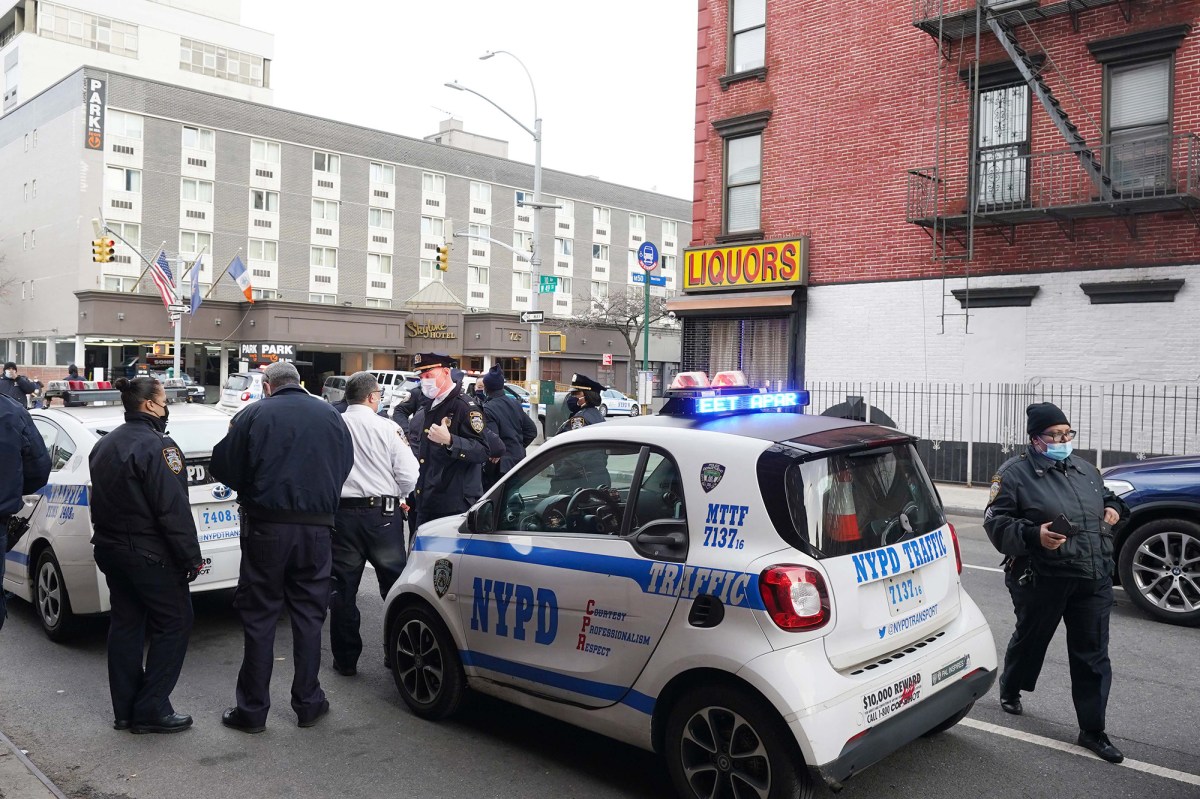 The suspect attacked the officer at western 49th Street and tenth Avenue in Hells Kitchen around 8 a.m., cops said.

The person, believed to be in the 20s and using a white T-shirt, then took off in a grey SUV, possibly an Escalade, with Pennsylvania plates.

The officer was taken up to a place hospital with throat and back discomfort.

It was maybe not straight away clear just what the traffic agent was doing during the time, or just what provoked the assault.