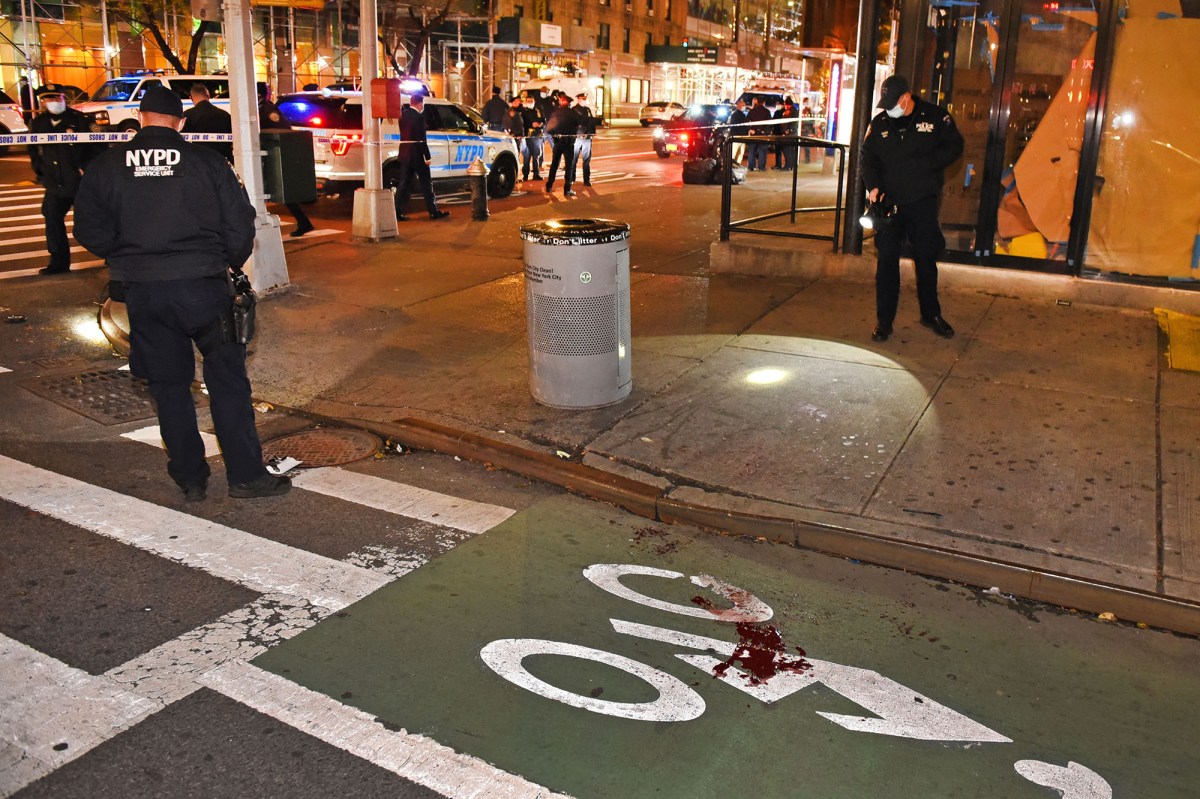 a guy had been shot inside buttocks during a disagreement in Hell’s Kitchen on Tuesday night, police stated.

The 52-year-old target was wounded while in a dispute with another man on West 42nd Street near 9th Avenue at about 8:15 p.m., authorities said.

The target strolled to a nearby ambulance and ended up being taken to Bellevue Hospital in steady condition, sources said.

The suspect, who was simply concealing his firearm in a fanny pack, fled eastbound on West 42nd Street after the shooting, authorities and resources stated. He remained in wind hours later.

After the shooting, blood could be seen on part of the 9th Avenue bicycle lane and a nearby sidewalk.

Detectives had been additionally seen scouring area shops for surveillance cameras which will have grabbed the shooting.