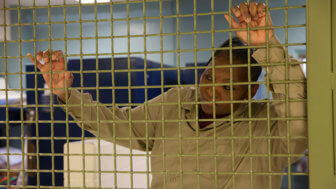 As part of a clemency campaign, the National Council for Incarcerated and Formerly Incarcerated Women and Girls is asking President Joe Biden to grant clemency to 100 women during his first 100 days in office, reports NPR.

More than 200,000 women and girls are incarcerated in this country, 10,000 of them in federal prisons. When he was a U.S. Senator, Biden authored or supported many of the tough on crime bills that critics say have had a disparate impact on Black neighborhoods and increased the prison population.

While Biden has recently promoted criminal justice reforms that counter some of the earlier tough on crime legislation that he authored or supported as a U.S. Senator, The National Council, and its founder and executive director Andrea James, say the president should continue righting wrongs by granting the clemency requests of the 100 women they believe should be released.

The group’s primary focus is on the elderly and women serving life without parole for drug cases. The Justice Department shows that nearly 400 clemency petitions asking for President Biden to pardon or commute sentences have been filed already.

Rachel Barkow, a New York University law professor and an expert on clemency, says there’s certainly a need to grant thousands of clemency petitions, but that the system is broken with no transparency about how requests are handled.

As part of Obama’s clemency initiative, Barkow co-founded a clemency resource center that obtained commutations for 96 people but also created a 14,000 person clemency backlog since a deluge of women and men — more than 36,000 — filed clemency petitions during that time. That backlog grew during the Trump administration and was aided by a slow, bureaucratic process of how clemency applications are approved or denied.