Denise Amber Lee, a 21-year-old woman, was reported missing on January 17, 2008. At the time, she was living in Sarasota County, FL. She was reported missing by her husband, who came home around 3:30 PM and found the home in disarray. He immediately called 911 and reported that his wife was missing. He told the operator that he believed that she had been abducted. Unfortunately, he was right.

Denise had been abducted by a man named Michael King during a brazen daylight home invasion. The exact time she was taken is not known, but a neighbor would later testify that they’d seen a dark green vehicle pull into her driveway around 2:00 PM. The neighbor and other witnesses would later identify the vehicle as a 1994 Chevy Camaro.

Soon after being abducted, Denise was tied up and taken to Michael’s home, where she was raped. She was then taken to the home of Harold Muxlow, a cousin of Michael King. Michael asked his cousin for a flashlight, a gas can, and a shovel. He said that he needed these items to retrieve a lawnmower that had gotten stuck in a ditch. 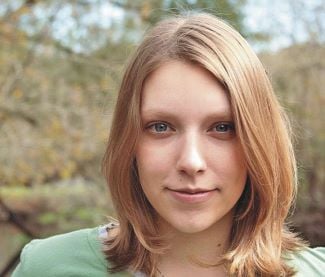 However, when Harold brought out the desired items, he saw a woman tied up in Michael’s car. The woman hissed “Call the Cops!” at him. Harold was dumbfounded, what was happening here? The woman exited the vehicle and attempted to run away, only for Michael to push her back into the car. Harold asked Michael what was going on, and Michael told him not to worry about it. Michael King then drove off in a hurry with the woman in his vehicle, leaving Harold stupefied. What was Michael up to?

Harold thought for a while about what he’d seen. The strange woman had said: “Call the cops.” What did she mean by that? What a strange thing to say. What did she want from him? Was it some sort of metaphor? Why was she tied up? What was her agenda? And why had Michael been acting so strangely? Ugh…..so confusing.

Harold eventually decided to ask his daughter (Sabrina Muxlow) what she thought about it. Harold described to Sabrina what he’d seen. Sabrina immediately called the police afterward, saying that she knew a man named Michael King had abducted someone. Sabrina Muxlow’s 911 call went out around 6:00 PM. Based on what Harold had told her, she described Michael’s vehicle as a green Camaro. 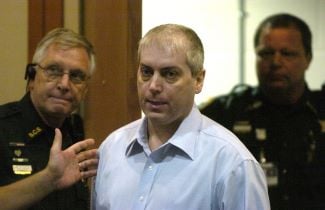 Then around 6:14 PM, the Sarasota County 911 center received another call related to Denise Amber Lee’s disappearance. This time, the call came from Denise Amber Lee herself. During the brief time that the Camaro had been parked at Muxlow’s house, Denise had managed to swipe Michael’s cell phone while he was speaking to Harold. She obviously could no speak into the phone directly, but she surreptitiously dialed 911.

Denise was probably hoping that the police would be able to trace the phone via GPS. Unfortunately, this was a cheap burner phone with no GPS transmitter; the police could not track the phone via GPS. They could still use cell phone pings to get a rough idea of Denise’s location, but pings are not nearly as precise as GPS.

While the phone was active, Denise started loudly begging and pleading for Michael to let her go. She was speaking to Michael, but her real audience was the 911 operator on the other end of the phone. She could not speak to the operator directly, but she hoped that her loud begging and pleading would convene to the operator that she’d been kidnapped and that she wanted to be rescued. The call goes on for several minutes. But at some point, Michael must have figured out what she was doing, because he can be heard near the end of the call asking where his phone is. The call then abruptly ends.

The phone call made from the burner phone did not allow police to determine Denise’s location but it did help them quickly identify the person who’d kidnapped her. Based on the phone number, they were able to tell that the call had come from a phone owned by Michael King; because in case you didn’t know the government keeps a record of who purchases burner phones. Michael King’s home was raided soon afterward; police found a plethora of evidence but Denise was not there. 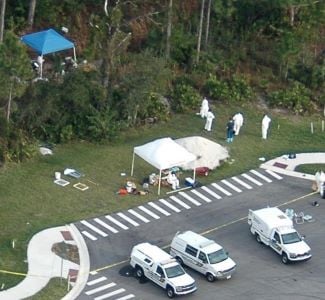 A forensic team searches for evidence.

At 6:30 PM, another 911 call was made, this time by a woman named Jane Kowalski. Unlike Harold, Kowalski called 911 immediately after she heard screaming coming from a Camaro. She told the 911 operator that she heard terrified screaming coming from the car, as well as the sound of somebody furiously banging on the side of a window as though they were trying to break it.

However, Kowalski did not actually see Denise and so she believed that she was witnessing a child abduction rather than the kidnapping of an adult. She also incorrectly said that the Camaro was blue or black, when in fact it was green.

Kowalski attempted to follow the Camaro for as long as she could, but Michael eventually managed to lose her. If this call had been logged correctly, it seems not only possible, but probable that Denise could have been saved since it was later determined that 2 police patrol cars were very close to Kowalski when she’d made her call. However, due to some error, the two patrol cars never received the order to be on the lookout for a Camaro until much later.

Denise Amber Lee was found on Jan. 19, 2008. She’d been killed by a single gunshot to her head. The medical examiner referred to it as an “execution-style” gunshot wound. Her body was found less than 5 miles from where Kowalski had made her 911 call. Michael King was arrested and charged with 1st-degree murder. 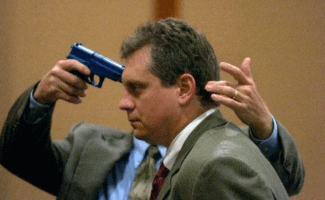 Prosecutors act out the killing during the trial of Michael King.

After being arrested Michael King told police that he’d been out on a (completely consensual) date with Denise when suddenly they were carjacked and abducted. Police initially pretended that they believed him and asked him to take them out to the spot where the carjacking had occurred, but at that point, they were just giving him an opportunity to make a fool of himself. They also brought in Harold and let Harold try to get a confession out of him; that did not work.

The most important piece of evidence during the trial of Michael King was the 911 call made by Denise herself. The phone call apparently caused quite a bit of emotional disturbance among the jury when it was played in court. It also appears that Denise made a deliberate effort to rip out pieces of her own hair to contaminate the vehicle with DNA evidence. She also took off her wedding ring and hid it inside the vehicle so police would find it.

On August 28, 2009, a jury found Michael King guilty of 1st-degree murder. He was sentenced to death.

The abduction of Denise Amber Lee was covered by the podcasts: Going West and Paradise After Dark. The video of Amber Lee’s 911 call being played in court can be found here.