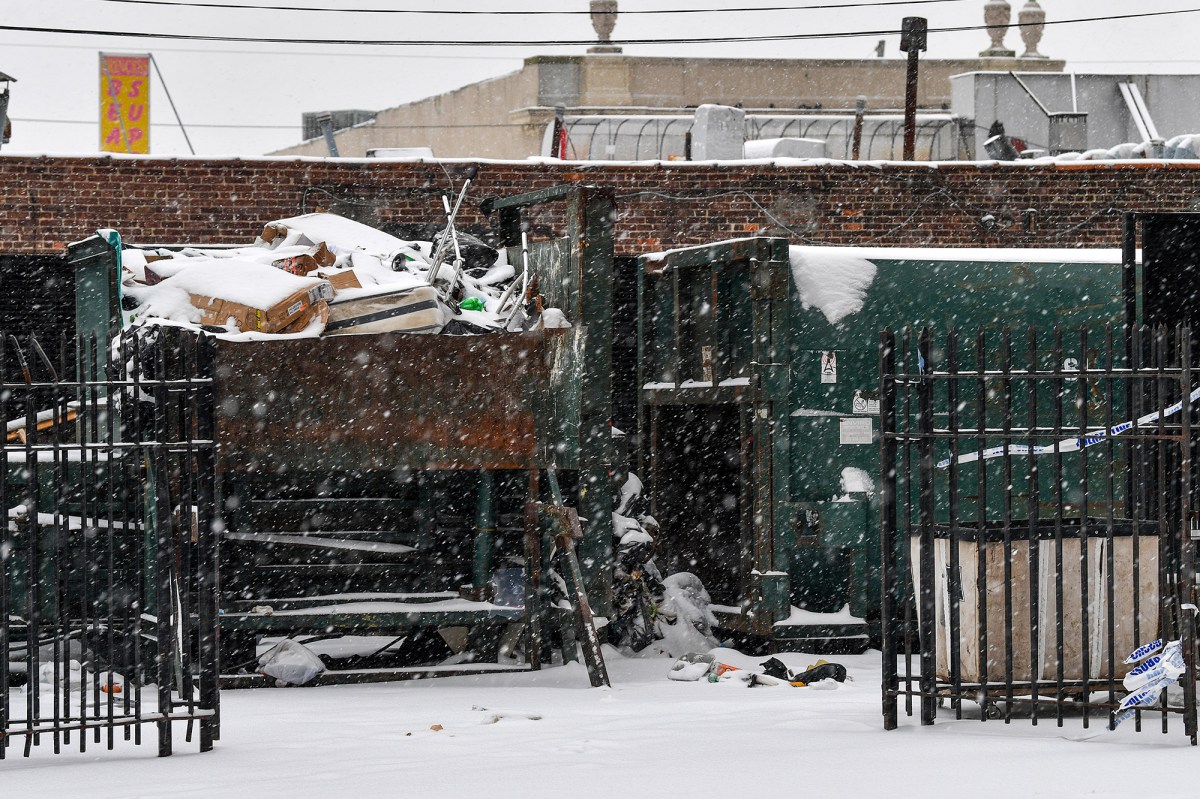 The death of a baby discovered inside a Brooklyn dumpster has been ruled a homicide, cops said early Tuesday.

The child’s mother, Jahmika Small, 27, has already been charged with reckless endangerment and acting in a manner injurious to a child after her newborn was discovered in a dumpster at NYCHA’s Coney Island Houses Wednesday, cops said.

Small called police around 4:50 p.m. Wednesday saying that she had given birth to a child but didn’t know where the infant was.

The baby was thrown into a trash compactor, police sources said Tuesday. Police found the baby, whose gender was not immediately known, in a dumpster.

The infant died of a head injury, though it was unclear exactly how the child sustained that injury, according to the sources.

It appeared that the woman gave birth earlier this month — and at some point told investigators her boyfriend had dumped the baby, according to police sources.

A spokeswoman for the DA’s office said prosecutors are “awaiting additional evidence and the investigation is continuing.”

Small had not yet been arraigned on the initial charges by late Tuesday morning.