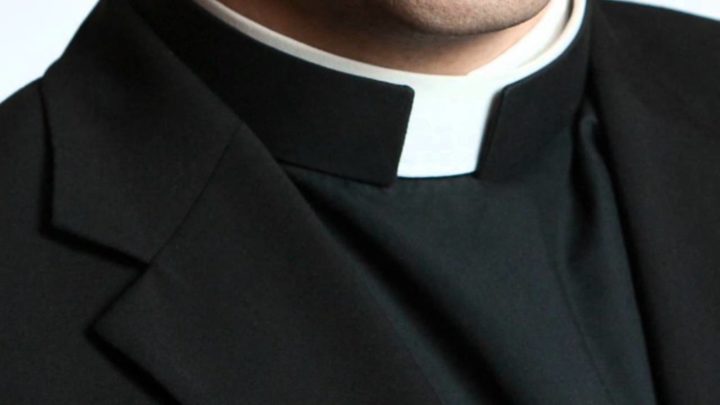 With clergy abuse lawsuits seemingly on the rise across the United States, new reporting uncovers a growing number of priests who are fighting back against their accusers by suing them, investigators, and even other church officials, reports Deena Yellin, as republished by USA Today.

The list includes the Reverend Roy Herberger of the Catholic Diocese of Buffalo, New York. Last year, he filed a defamation case against a 42-year-old man who said the priest had assaulted him as a boy.

After a lengthy investigation, Herberger was deemed innocent of any crimes, and while the outcome showed that justice prevailed, Herberger says “the experience was devastating.”

“I felt abandoned, embarrassed and betrayed,” Herberger said in an email to Yellin. “It was difficult for me to leave the shelter of my apartment lest I be seen by others who might recognize me and tag me as ‘one of them.’”

National data suggests that false claims of sexual abuse or exploitation against a member of the Catholic church are “uncommon but not unheard of.”

The most recent annual report released by the U.S. Conference of Catholic Bishops cited by Yellin found that for the 1,787 allegations received between July 1, 2018, and June 30, 2019, that did not meet a threshold for credibility, “1 percent were determined to be false, 37 percent were unable to be proved and 16 percent were ‘unsubstantiated.’”

For the unsubstantiated cases, investigators couldn’t prove one way or another that a crime actually occurred.

Forty-six percent of the cases are still being investigated, the report explains.

In a landmark 2004 report by the John Jay College of Criminal Justice, which Yellin cites, researchers looked at 5,681 cases investigated by dioceses and religious communities, “1.5 percent were found to be false and 18 percent unsubstantiated.”

Many cases against priests are “forever left in the cloudy world of ‘unable to be proven’ or ‘investigation ongoing,’ ” said Dave Pierre, a Massachusetts author who has written four books and a blog about the issue. Considering many of the accusations date back decades, “witnesses and evidence may be nonexistent.”

Now, many of them are attempting to get their reputations back through lawsuits.

Following molestation lawsuits in the wake of a 2018 Pennsylvania grand jury report that revealed decades of abuse initiated by over 300 priests — and a cover-up orchestrated by the church — other states have subsequently launched their own investigations into the clergy.

This has not only dug up many cases, but it inspired new legislation.

Before recent laws about the statute of limitations, New Jersey allowed alleged assault victims only a two-year window to pursue litigation, while anyone claiming childhood abuse had until the age of 20 to report.

Now, anyone citing childhood sexual abuse has until they turn 55-years-old, or seven years to report after they were harmed as an adult.

Because of the extended statute of limitations, More than 240 new lawsuits have been filed against New Jersey’s five Roman Catholic dioceses since Dec. 1, 2019. This hefty amount of lawsuits followed a 2019 report by the same dioceses identifying 188 priests who had been “credibly accused” of sexual misconduct, Yellin reports.

For some, these new laws have allowed for victims the opportunity of getting justice and finding peace, while for the investigators and priests, they say it’s difficult for clergy members to defend themselves when evidence is decades old and there’s a lack of available witnesses.

In terms of legislation within the church to handle these instances, a Charter for the Protection of Children and Young People requires Catholic Dioceses to report allegations of child abuse by clergy to secular authorities, such as the Vatican.

While data shows that a small number of cases brought against clergy members are fully determined to be false, priests interviewed by Yellin say that this is no reason that they shouldn’t be given a fair chance to prove their innocence.

And when they are found of no-fault, many will do anything to get their names and reputations back.

Now, attorneys and clergy members say more are coming, considering defamation claims are often “the only defense against allegations that are very old with little or no proof” beyond the word of accusers, Porfido said.

Reverend Roy Herberger of Buffalo, who is bringing a lawsuit against his now 42-year-old accuser, said he was frustrated by the claims considering his “unblemished record with no accusations of misconduct during his decades of service to the diocese,” Yellin reports.

The original case against Herberger was dropped after investigators “found too many discrepancies in the story to deem it plausible” and even though he was reinstated by the diocese shortly after, he says he still feels the sting of humiliation and “wants to get his name back.”

Herberger’s attorney concluded, saying he “wants to send a strong message out so this doesn’t happen to other people.”

In a video interview with the Detroit Free Press, Father Eduard Perrone, who was suspended of his duties for alleged child sex abuse, expressed that he wants the same redemption after being falsely accused and “pushed out” by his Archdiocese.

“There needs to be a reaction to defend priests who have been accused, and at least give them [a] true and fair process — which was denied in my case,” Perrone explained.

He goes on to say how he should’ve been allowed to stay in his position while they were conducting an investigation and only removed after a determination of guilt was found — not before, like what happened in his case.

Perrone has the support of his parishioners, who have since filed a lawsuit to get him back into their church, even completing lengthy fasts, to add to the dedication behind Perrone’s claims of the rape fabrication.

He won a $125,000 settlement against a Macomb County sheriff’s detective, who, according to Perrone’s attorney, fabricated a rape claim. The detective in question reportedly “did nothing wrong” and simply documented allegations by an accuser who “later changed his mind, for whatever reason,” Yellin reports.

Following his win, Perrone opened a first-of-its-kind lawsuit seeking $20 million from the Detroit Archdiocese for “allegedly railroading the priest and causing his parishioners emotional distress.” The case has been dismissed but is under appeal.

To this day, Perrone says there’s a “heavy cloud” that weighs over the church and the parishioners because of this case.

In concluding his interview with the Detroit Free Press, Father Perrone says he’s going to continue his lawsuit against the church officials, declaring, “I owe it to them, [the priests] who may be the next victim of this kind of process, to speak out and try to stop it in the future.”

Andrea Cipriano is a staff writer for TCR.