Conviction Integrity Units (CIUs) created by prosecutors to reexamine evidence in once-closed cases have been key factors in the growing number of exonerations across the U.S., but they must still overcome deep-seated opposition within the justice system, a webinar at John Jay College was told Tuesday.

The units, although they are comparatively rare, have become crucial allies with innocence organizations in jurisdictions where they operate, said Barry Scheck, wh0 co-founded the Innocence Project in 1992.

“Many of these [successful exoneration] cases are coming from innocence organizations working with Conviction Integrity Units,” Scheck told the webinar, sponsored by the Institute for Innovation in Prosecution (IIP) at John Jay College. 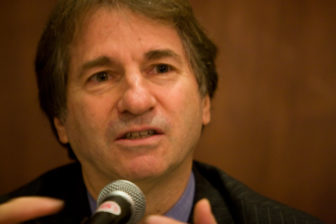 Addressing four panelists in the webinar representing CIUs in The Bronx, N.Y.; Dallas, TX; Wayne County, MI; and the Florida district including Jacksonville, Scheck said the work they were doing was both “important and inspirational.”

As of 2020, the number of U.S. exonerations stood at more than 2,700―a number that has steadily increased over the past three decades, according to the National Registry of Exonerations. Initially, many wrongful convictions were identified through the use of DNA evidence, but investigators have increasingly looked at other factors such as eyewitness identification and police or prosecutor misconduct.

Most of the exonerations relate to murder or sexual assault, but reformers believe the approach should be expanded to cover other types of crime.

Although the number of CIUs, sometimes referred to as Conviction Review Units, have grown, most of the nation’s 2,300 prosecutors do not use them. Many DAs claim they do not have the funds or staffing to operate them effectively.

But there is also quiet resistance from assistant DAs, police and other players in the system. Tension between those working in the CIUs and line prosecutors and appellate divisions is common, the CIU attorneys acknowledged.

Many critics see the units as instruments for disciplining attorneys who are out of favor.

“But it’s not about shaming and blaming. We all want justice.”

“There will always be tension, spoken or unspoken, between the conviction units and the appellate divisions,” said Cynthia Garza, chief of the Conviction Integrity Unit in the Dallas County District Attorney’s Office.

Garza said it was important for an CIU chief to report directly to the elected prosecutor.

When combing through the records of a case that leads to exoneration, police bias and tunnel vision are often found, the lawyers said.

An important thing to bear in mind is that a confession does not rule out innocence, the lawyers agreed.

“I know of two heart-rending cases of people who pleaded guilty because they felt it was the only way out, and there is no question they are innocent,” said Risa Gerson, chief, of the Conviction Integrity Unit in New York’s Bronx County District Attorney’s Office.

Another factor is the changing perception of which investigative methods and forensic practices are most trustworthy.

A single person’s identification of a suspect is problematic. The Innocence Project says that 63 percent of its wrongful conviction cases involve eyewitness misidentification.

Finding financing for the CIU offices can be difficult. Often grants must be obtained, partners found, and creative ways explored to recruit workers.

In her office, law school students have been extremely useful, said Shelley Thibodeau, director of the Conviction Integrity Review Unit in the Fourth Judicial Circuit State Attorney’s Office in Florida.

But some have also questioned the overall effectiveness of CIUs.

“The mere fact that a CIU exists means very little — several have accomplished nothing,” observed a 2018 article in The Appeal.

According to the article, of 33 offices listed in a report that year by the National Registry, “12 of them have never exonerated a single person (and) another five offices have exonerated only one.”

The National Registry of Exonerations noted in its most recent report that CIUs in 34 prosecutor offices have brought about exonerations. However, 46 offices in the nation have produced none.

“Several Conviction Integrity Units have accomplished a great deal in a short period of time, and there has certainly been an uptick in the number of offices that claim to have formed CIUs,” said the National Registry.

“It is still too soon to know whether this trend will produce a change in the way prosecutors operate generally.”

Nancy Bilyeau is deputy editor of The Crime Report.