An editorial in the Davis Enterprise this month week raised eyebrows throughout the state of California.

The editorial praised a bill introduced Feb. 19 by State Assemblymember Kevin McCarty, a Democrat from Sacramento, authorizing a pilot “secured residential treatment program” for drug offenders suffering from substance use disorder who have been convicted of drug-motivated crimes” in Yolo County, in the Greater Sacramento metropolitan region.

“Yolo County has an opportunity to be a leader in criminal justice reform,” the editorial said.

But the editorial writer apparently never talked to the other side—public defenders, drug policy experts, or advocates for criminal justice reform―all of whom oppose efforts to create a mandatory drug treatment program.

The proposed state bill AB1542 would “authorize the court to divert an offender to confinement in a secured residential treatment facility if it determines that the crime was caused in whole or in part by that individual’s substance abuse.”

JusticeLA, one of the groups spearheading the effort to oppose the pilot program, calls the program “a wolf in sheep’s clothing”—with statewide implications—noting that rather than serving as an alternative to incarceration, it amounts to incarceration by another means.

“AB 1542 would implement a pilot program in Yolo County that could easily become a statewide model and would jail houseless community members for misdemeanors such as trespassing and minor thefts under the guise of offering treatment,” the group warned.

That also sends a warning signal to other states where similar programs might be on the drawing board.

“The pilot program tries to sell punishment as treatment,” said JusticeLA. “Our communities call for supportive services for people with mental health conditions, including those related to substance abuse – not a new mode of incarceration.”

“Study after study show that coerced treatment does not work in the long run,” she told Davis Vanguard in an interview. “Compulsory treatment leads to twice as many opioid-related overdose deaths as compared to voluntary drug treatment.

“Instead of spending millions of dollars each year to expand local jail bed capacity, we should be investing in stable housing (the root of homelessness), employment, medication assisted treatment, and supported transition from voluntary drug treatment.”

The Drug Policy Alliance, a national group that advocates reducing the role of the criminal justice system in drug policy, believes this approach is a step in the wrong direction.

“Coerced treatment isn’t proven to be better than voluntary treatment, it doesn’t have better outcomes to threaten people with incarceration or force them into a locked facility,” said Glenn Backes, a social worker and Public Policy Researcher with Drug Policy Alliance. 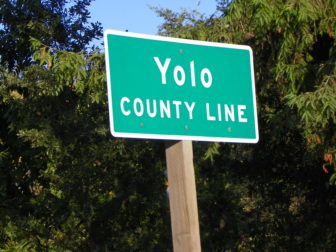 He also noted that the cost of such a program is much higher than a comparable voluntary program, and he argues we have not invested in an adequate voluntary treatment.

“It is much more cost-effective to invest to create the treatment opportunities, housing opportunities in the community to get people off the streets and to reduce their drug use rather than to threaten to put someone in jail if they don’t do this,” he said.

“To put someone in jail is not cost-effective and it’s not science-based.”

He continued: “People are accessing treatment where it’s offered, but we still have waiting lists. We still have a housing crisis in California that contributes to greater amounts of homelessness.

“They need voluntary treatment access before we start spending money or throwing money down a well to create locked facilities. All that Prop 47 has been put into place, but the demand is higher than supply.”

Critics point out that “involuntary and immediate” cessation of use often does not lead to lasting recovery, as it only deals with the chemical side of the equation and fails to address the underlying reasons why the person turned to drugs in the first place.

Researchers in a 2016 Boston University Medical Center study looking at current global evidence found “mandatory treatment for people with substance use disorders is not effective in reducing their drug use.”

Kn their book, Prison by Any Other Name, Maya Schenwar and Victoria Law express concern that drug courts and state-mandated treatment are expanding the scope of the criminal justice system to treat people who actually may not need to be treated.

“Most people are not debilitated by physical dependence on the substances they use, whether they be alcohol, caffeine or heroin.”

But, more importantly, the solutions to those who are debilitated may not be effective.

They found “graduating from a state-mandated treatment program does not necessarily equal real recovery and healing.”

They argue: “Even if a treatment sentence doesn’t end in incarceration, there’s no guarantee it will transform a person’s life. In fact, if the underlying causes behind the drug use – poverty, trauma, the enduring impacts of racism and other oppressions, and so forth – aren’t addressed, the recovery may not last.”

The bill declares, “With (California) Propositions 47 and 36 in place, the number of individuals charged with drug possession offenses entering statutorily authorized treatment programs has dwindled. Since 2014, drug court participation in California has decreased, with the percentage of this population entering these programs decreasing by 86 percent in the County of Yolo.”

Glenn Backes disputes this, arguing that drug courts are only one program among many.

Instead, voluntary treatment supervised by treatment professionals will allow for three times the number of people treated for each dollar spent.

“Drug courts were a fine reform in their time – 15 or 20 years ago, but at this point, they’re just not proven to be more effective than voluntary treatment and they’re clearly more expensive,” he said.

Drug court may be down, he added, “but treatment itself, treatment entry, is up.”

This finding holds in Yolo County as well.

“Contrary to what the bill says, as the criminal legal system has become less punitive, enrollment in substance use treatment has actually increased by 83 percent in Yolo County between 2014 and 2020,” Tracie Olson said.

“Locked facilities don’t work in the long run,” Glenn Backes said, noting that when released from such facilities the chances of going back to drugs and over-dosing is greatly increased “because they have not been provided the type of medical care and community supervision and care that helps keep them from overdosing.”

Tracie Olson argues that substance abuse treatment likely will not even solve the homeless problem locally.

“Upwards of 73 percent of people who are unhoused in Yolo County do not report a substance use disorder,” Olson said. “However, for those that do, most also struggle with mental illness. Yolo County has joined the Stepping Up Initiative and pledged to stop using incarceration as a response to mental illness.

“This pilot bill is a step backward and will result in lengthening jail stays for the mentally ill.”

David Greenwald is the founder and executive director of the Davis Vanguard, a non-profit news organization that focuses on criminal justice reform and monitors courts in California.He is a 2020 John Jay/Justice Reporting Fellow.