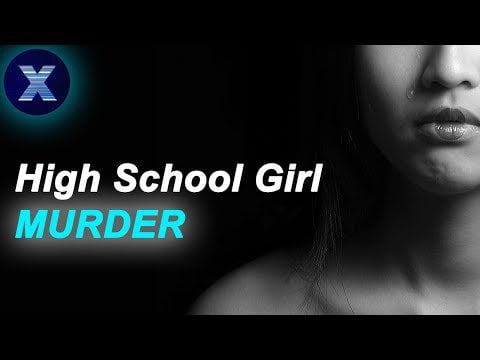 The case took place in Hatsukaichi city in Hiroshima Prefecture, Japan. A safe and prosperous area, well developed in the agriculture, fisheries and tourism industries .

The victim was Satomi Kitaguchi, a 17 year old sophomore high school student. She stayed in a traditional japanese house with her father, mother, grandma, and younger sister.

They led a peaceful and happy life. But everything took a turn for the worse overnight.

Satomi travelled to and fro school by bicycle. It was an exam day on October 5th 2004. Students could go home at noon, instead of the typical full day routine. Like everyone else, Satomi went home after the exam.

Both Satomi’s parents were working, thus they wouldn’t be at home until late evening on the weekdays. Only the grandma and younger sister were at home then. After lunch, Satomi headed to the right wing 2nd floor to rest.

The Grandma and sister were watching TV in the left wing. All of a sudden, they heard Satomi’s hysterical scream. Both of them hurried to see what happened. They saw Satomi covered in blood and was unconscious. Beside Satomi, stood a 20 ish young man, at a height of (160cm – 170cm) 5 feet 3 to 7 inches. The man was holding a knife.

Unfortunately, grandma wasn’t quick to get out. The man stabbed her 4 times before fleeing the scene. Though sustained serious injuries, grandma managed to phone the police before passing out.

Police soon arrived and found the grandma unconscious by the phone. She was immediately sent to the nearby hospital.

Satomi was found on the 2nd floor of the right wing and was declared dead by the paramedics.

Satomi was stabbed 10 times all over her body. The fatal one was in the chest, near to the heart.

There were two possible directions that the intruder could have taken. (Refer to video for better understanding) If it was the right, he would have fled to any direction from the main road. If it’s the left, he could have hid in one of the houses or ran away by the river.

The police did a door to door investigation in the neighborhood, yet, no useful information was rendered.

Worse luck, there weren’t many passers by in the afternoon on a weekday. So, there was no witness.

The grandma survived the attack.

From the crime scene, the police collected an unidentified fingerprint and a few shoe prints. They managed to identify the shoe brand and size from the prints. The shoe size was (26-27cm ) 10.2 to 10.7 inches. Also, an unidentified male’s DNA was extracted from Satomi’s nail.

Based on the grandma and sister’s description, the forensic officer came out with a facial sketch. The man was about 20 ish. The salient features were his short hair, small eyes, and some acne scars. His build was sturdy, about the height of 3 to 7 inches over 5 feet.

With the facial sketch, fingerprint, shoe print, and DNA, the police were confident to track down the criminal.

The facial sketch was distributed to Satomi’s relatives, friends, school mates, and neighbors, in hope that someone might recognize the man. Regrettably, nobody had any clue who the man was. The intruder simply vanished into thin air.

Even with such extensive info, no suspect was found.

Satomi’s parents eventually put up a cash reward of 3 million yen and appealed to the public for info. This money was their savings meant for Satomi’s college fund.

This is truly every parent’s worst nightmare.

The father spared no effort in handing out flyers, pasted them in crowded places, police stations, and shopping centres. He even started blogging just so to keep the case in public’s awareness.

Within a decade or so, he has written more than 4000 entries, and obtained close to 200 related information.

The police had been working hard too, but to no avail.

After 11 years, the police hired some specialists from the United states called BAU, behavioral analysis unit. This unit uses behavioural analysis in criminal investigation. BAU revisited the crime scene and spoke with some neighbors. Using criminal psychology and their findings, they concluded that the incident was not a premeditated crime. It was more of a voluntary manslaughter triggered by circumstantial factors.

Using the hand drawn sketch and computer software, BAU came out with a facial composite.

Even with BAU’s input, there had been little to no progress.

The case took an unexpected turn in April 2018. The police in Yamaguchi received a call from a construction worker. He complained that his supervisor violently kicked his back.

The supervisor was Manabu Kashima, 35 years old. He had been working in the construction company for 10 years. Because of some conflicts at work, he lost his cool and kicked his subordinate. The subordinate felt so indignant that he called the police.

By the time the police got there, both of them had mellowed down. However, by protocol, proper record of the incident had to be registered, including collection of fingerprints.

Kashima was noticeably apprehensive about his fingerprint being collected. Feeling something amiss, the police submitted his fingerprint to Yamaguchi police headquarters. Kashima’s fingerprint was run through in the fingerprint database, and a match was triggered.

Kashima’s fingerprint matches the one found in Hatsukaichi murder case.

Kashima was a resident of Ubeshi Yamaguchi, which is right next to Hiroshima. The distance between Ubeshi and Hatsukaishi is about 100 kilometer. In 2004, Kashima was 21 years old, which again matches the suspect’s age and appearance.

Kashima was highly suspicious. He was arrested and handed to the police in Hiroshima.

He did not plead guilty initially. However, with all evidence working against him, he finally succumbed and confessed everything. Kashima said he didn’t know Satomi. That fateful day, he rode his bike from Ubeshi to Katsukaichi. While deeply frustrated by work, he chanced upon Satomi who was riding a bicycle. On the spur of the moment, he coveted her beauty and stalked Satomi. After waiting out, he sneaked into her room and intended to rape her.

The fierce resistance by Satomi agitated and provoked Kashima, so using his folding knife, Kashima repeatedly stabbed Satomi. During the trial, the defense lawyer claimed that the crime had not been planned, it was a momentary loss of sanity and spontaneous violation resulted from accumulated work stress.

The judge did not acknowledge and concur the claim. In remaining on the run for an extended period, there was significant impact on the bereaved family and the community.

In the end, Kashima was convicted of murder and sentenced to life imprisonment.